The current estimate for the number of obese adults in the US stands at over 70 million. However, something that isn’t discussed as frequently is childhood obesity.

Data obtained from the National Survey of Children’s Health indicates that as many as 16.2% (1 in 6) children aged 10 to 17 in the United States are obese.

One of the greatest concerns surrounding childhood obesity is that the effects of being obese in childhood and adolescence are often felt later in adulthood, when the risks of certain serious health conditions increases.

Here are the main, long-term effects of childhood obesity according to research:

The Long-Term Effects Of Childhood Obesity

Studies show that childhood obesity is likely to lead to adult obesity.

55% of young children who are obese will be obese as adults, and the statistics for adolescent obesity show that 80% of obese adolescents will still be obese when they reach adulthood, with 70% remaining obese into their 30s.

The reason this is concerning is because adult obesity is associated with a higher risk of certain health conditions which we will discuss later, including cardiovascular disease and type 2 diabetes.

There is also a clear correlation between adult obesity and certain cancers.

Although children who are obese can certainly suffer from a variety of health conditions, the chances of serious illness resulting from obesity becomes greater with age.

Therefore, one of the primary concerns surrounding obesity in childhood is the likelihood of continued and more damaging health issues later in life.

The link between obesity and type 2 diabetes has been understood for many years.

Type 2 diabetes is the result of an excess of glucose circulating throughout the bloodstream, and obesity makes it much more difficult for the body to regulate glucose levels.

When the area of the liver where glucose should be stored is blocked by fat, glucose is forced to remain in the bloodstream and the body over-produces insulin in an effort to manage the imbalance, putting stress on the pancreas.

Over time, the overworked pancreas will begin to produce less insulin, leading to diabetes, which may worsen rapidly without treatment and weight loss.

Type 2 diabetes, especially when combined with obesity, is a dangerous condition. In 2019, diabetes was ranked the 9th leading cause of death worldwide, being directly responsible for over 1.5 million deaths.

This form of diabetes can take root during childhood, but as we mentioned previously, the risk increases dramatically with age. Therefore, type 2 diabetes is one of the most concerning long-term effects of childhood obesity.

Obesity has also been linked to several cardiovascular conditions, including high blood pressure and elevated cholesterol, both of which are contributing factors to heart disease.

The reason obesity causes heart disease is that it causes a buildup of fatty deposits in the arteries. This prevents blood from circulating through the body effectively, and the heart begins to work harder, raising blood pressure to counteract the blockages.

High blood pressure makes individuals more at risk for atrial fibrillation and heart attacks. Moreover, if cholesterol builds up in the arteries inside the heart, coronary artery disease can develop.

In the United States, it is estimated that 659,000 people die as a result of heart disease every year. That means that 1 in every 4 deaths in the US is caused by heart disease.

While obesity leading to heart disease during childhood and adolescence is relatively rare, the risk multiples massively during adulthood, so obese children who do not lose weight may be at risk of extremely dangerous heart-related conditions later in life.

Multiple chronic health conditions have been linked to both childhood and adult obesity, with childhood obesity that continues into adulthood elevating the risk of long-term problems.

Joint and bone problems are very common in obese adults, but the negative effects on bone and joint health often begin during childhood or adolescence.

Excess weight puts strain and pressure on joints and bones, particularly in the knees and hips.

Over time, the weight causes damage to the soft tissues of the joints, often leading to a condition called osteoarthritis.

This is where the tissue that provides cushioning between bones and joint sockets is worn down, causing joints to become stiff and painful.

This has the potential to significantly decrease mobility and reduce quality of life due to the pain.

Obesity may also contribute to the development of, or exacerbate, asthma. Excess weight in the abdominal and chest areas makes breathing more difficult because it constricts the lungs.

Since excess fat tissue is responsible for the production and release of inflammatory substances in the body, having too much fat in these areas can result in lung inflammation, which may lead to asthma.

Being overweight or obese increases the risk of severe asthma attacks and hospitalization due to asthma.

Another potential consequence of obesity in both childhood and adulthood is sleep apnea. This is a serious condition that causes people to stop breathing during sleep.

In obese people, the chances of developing sleep apnea are elevated because of fat deposits blocking the respiratory tract and excess weight pressing on the chest.

For one thing, if obesity is causing a child to experience a sleep disorder (such as sleep apnea), that child will be more likely to suffer from anxiety and depression due to poor quality and duration of REM sleep.

Additionally, the sad reality is that obese children often have lower self-esteem than their peers, and this is often caused or exacerbated by bullying (which often also leads to depression and anxiety).

Obese children who feel negatively about themselves due to general societal stigma or direct harrassment may also be at risk for a range of eating disorders.

Of course, there is a wider societal issue at play here regarding the stigma against overweight people and the way that obese children are treated.

Weight-related bullying is a very real and damaging issue that must be taken seriously in schools.

However, the fact remains that childhood obesity is associated with an increased risk of low self-esteem, depression, anxiety, and eating disorders, all of which are likely to persist into adulthood.

Childhood obesity is more prevalent in the United States than ever before.

Obesity in children and adolescents is linked to a plethora of physical health conditions, ranging from asthma and osteoarthritis to type 2 diabetes and heart disease.

Morevoer, children who are obese are more likely than their peers to suffer with their mental health as a result of low self-image (frequently the result of bullying) and disrupted sleep.

Most of the conditions listed in this article are rare in children, but childhood obesity that continues into adulthood greatly elevates the risk of serious illness. 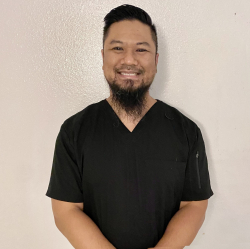 Jim Yi
Hi, my name is Jim Yi and I am a Registered Respiratory Therapist / Respiratory Care Practitioner.

I have been earning experience within these fields for over a decade, learning all there is to know about cardio-pulmonary medicine and how to care properly for the body. Alongside my studies, I also trained to become a Fitness and Weight Management Expert.

I have created ShapeDown.com to teach anyone who is willing to listen how to take care of their body. This can be through exercise, nutrition, lifestyle changes, or supplements. We’ll look through it all here.

You can strengthen your body, enrich it, improve your energy levels, and boost your immune system by making some simple lifestyle changes. If you want to make a change and start honoring your body instead of weakening it, let’s start right now. I promise you won’t regret it!